Bitcoin : an alternative to gold 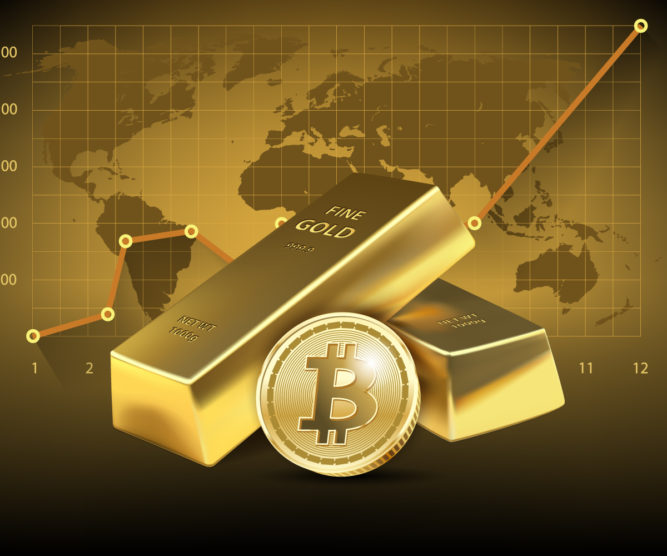 Why Bitcoin is a Better Investment than Gold at this Time

Indeed, these are uncertain times. The historic bull market that ran for nearly 11 years has come to an abrupt end, and, due to the impact of the COVID-19 pandemic, so many economies are officially in a recession.

In light of this, investors are looking for a way to shift their investments into stable, safe-havens. Typically, investors would move to hedge against stock volatility with gold. After all, for centuries, gold has proven to be a secure and stable investment whose value increases over time and whose price rises when the economy is in a recession. But a newer alternative is challenging the traditional safe-haven. Launched in 2009, Bitcoin introduced a new era of digital currencies.

Like gold, Bitcoin is a universal currency that’s not controlled by anyone government or entity, it’s difficult to mine and it exists in a limited supply, which increases its value. Also, thanks to an encrypted, decentralized system and complicated algorithms, it can’t be easily corrupted. This means that Bitcoin is also a viable, safe haven, but some of its unique features might even be more reliable than gold. Below are some of these unique features in Bitcoin:

Similar to gold, one of the primary appeals of Bitcoin is that it’s a hard asset — meaning it’s scarce. According to its developer (s), only 21 million Bitcoins can ever be created, and presently nearly 18.5 million have already been mined.

While gold is a great store of value, its growth potential is likely lower.

Gold has been traded since before the days of Christ, giving it a well-established market, whereas Bitcoin has only been around for a decade, which means it has both a lower floor and a higher ceiling.

Since it’s new, it’s still possible to become one of the top Bitcoin holders in the world with only a fairly modest investment. As Bitcoin becomes scarcer with mining rewards halved every four years, buying just a small fraction now could pay massive dividends in the future.

In recent times, many people have wondered if Bitcoin is digital gold. As covered earlier, Bitcoin has various similarities with gold, but experts say it is better. Bitcoin is not only an excellent store of value due to its rarity and durability, it is digital, which means it is easy to keep and transport in both small and large amounts, unlike gold, which is cumbersome in large quantities. 0.40 BTC and 40 BTC can be stored in the same cryptocurrency wallet.

All world currencies, from dollars to yen, are controlled by their respective governments. These are called fiat currencies. In most cases, this control leads to fluctuation in the value of the currencies, since governments keep printing more money.  Currently, the devaluation of fiat currency is a global problem. Many countries in Eastern Europe have an inflation rate of over 3%, and even the United States has an inflation rate above the 2% target goal set by the US Federal Reserve. Thanks to the finite nature of Bitcoin, it manages to avoid that problem.

Today, due to the worldwide establishment of trading platforms, exchanges, and online brokerages, Bitcoin is arguably one of the most liquid investment assets. Bitcoin allows investors to easily trade digital currency for cash, or assets like gold, with incredibly low fees. The high liquidity linked to Bitcoin makes it a great investment vessel if you’re looking for short-term profit, and, due to its high market demand, it is viable for a long-term investment, as well.

Undoubtedly, gold and Bitcoins are safe havens to run to in times of economic distress. However, because Bitcoin is relatively new and emerging, it has the potential to exponentially increase in value. Among other things, Bitcoin has also proven to be a successful investment, one that’s worthy of its title as the future of money.  However, like every investment, there are risks to investing in Bitcoin, and it is crucial for investors to be aware of and properly consider these risks before making financial commitments.