what makes this bitcoin bull run different from 2017 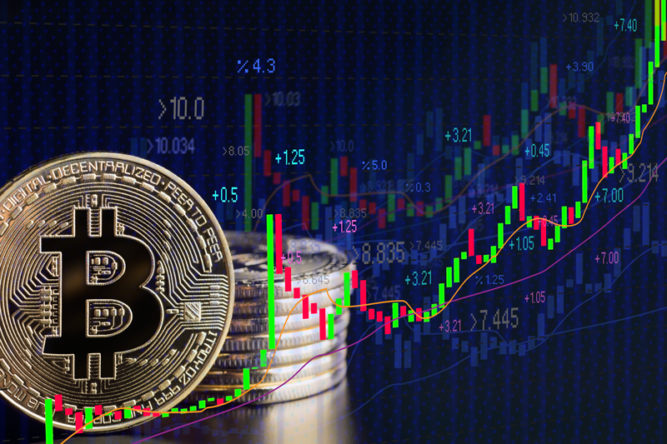 Is the current Bitcoin bull-run similar to 2017’s epic rally, or are they different? Find out what the facts say in this article.

Since the beginning of the year, the price of bitcoin has risen over 40%. Bitcoin price, which was trading around $10,000 per bitcoin two months ago, has surged to over $19,000 – and experts predict a continuous climb both with bitcoin and the fast growing wider cryptocurrency market.

The last rally was about two years ago, specifically in December 2017, when bitcoin prices rose to almost $20,000 per bitcoin from under $1000 at the beginning of the year as bitcoin and cryptocurrency fever raged through the world but later crashed months later. Although somewhat identical, analysts suggest that these two bitcoin bull runs are very different.

The first and major difference between the rallies of 2017 and 2020 is the type of investors that entered the crypto space and caused prices to rise with increasing demand. In 2017, bitcoin price hike was driven by retail investors like your uncles and neighbors, who knew next to nothing about the bitcoin market or blockchain technology. Today, the bull-run is indirectly and directly fueled by institutional players who are aware of what they are investing in.

According to the bitcoin and crypto analytics firm, Glassnode, the continuous slide (nearly 60% decrease) of bitcoin exchange deposits despite the uptick in the bitcoin price this year is a clear indication that this bull run isn’t driven by retail investors but institutional investor buying.

Shortly before the present boom, multiple companies such as Square and MicroStrategy, as well as funds like Guggenheim Funds Trust, began investing millions of dollars into bitcoin as a shield against inflation in the current financial recession.

By offering crypto assets to their clients, institutions like PayPal, Visa, and Revolut further increased the demand for bitcoin and other cryptocurrencies indirectly.

The 2017 Bull Run was overwhelmed by initial coin offerings or ICOs, an element that is absent in the present crypto space. While there isn’t anything wrong with ICOs per se, most (80%) of all ICOs in 2017/2018 were scam projects.

Because most investors in the previous rally had zero ideas of what they were investing in, a professional-looking webpage with a Whitepaper using attractive words such as “machine learning blockchain explorer” or “AI integrated smart contract oracle” and a wallet address was enough to lure many people into investing into these disruptive projects.

If you examine the current landscape, you’ll discover that what drive the most interest in cryptocurrency is DeFi applications. Unlike most ICOs, DeFi applications are not a promise for the future but are useable and create an added value. The applications are open source, so everyone can inspect the code to see if they offer what they promise compared to opaque ICOs.

While there are some DeFi applications that are scams, this is not comparable to scam ICOs of three years ago.

What this means is stronger support for bitcoin at key price points. Not only do deeper order books significantly lower the spread and minimize slippage, but they make it harder for whales to single-handedly move the market.  Although the whale shenanigans have not been eliminated in the current bill market, it’s undoubtedly more difficult to pull the kind of stunts that were commonplace in 2017/2018. Also, better liquidity isn’t just about volume but applies to the number of trading venues where Bitcoin and other cryptocurrencies can be acquired at market price.

The current bull-run proves many people wrong, particularly those who had written off bitcoin and other cryptocurrencies. This is largely because the current bitcoin market is has shown various signs of maturity such as institutional adoption, usable products and services and better liquidity.